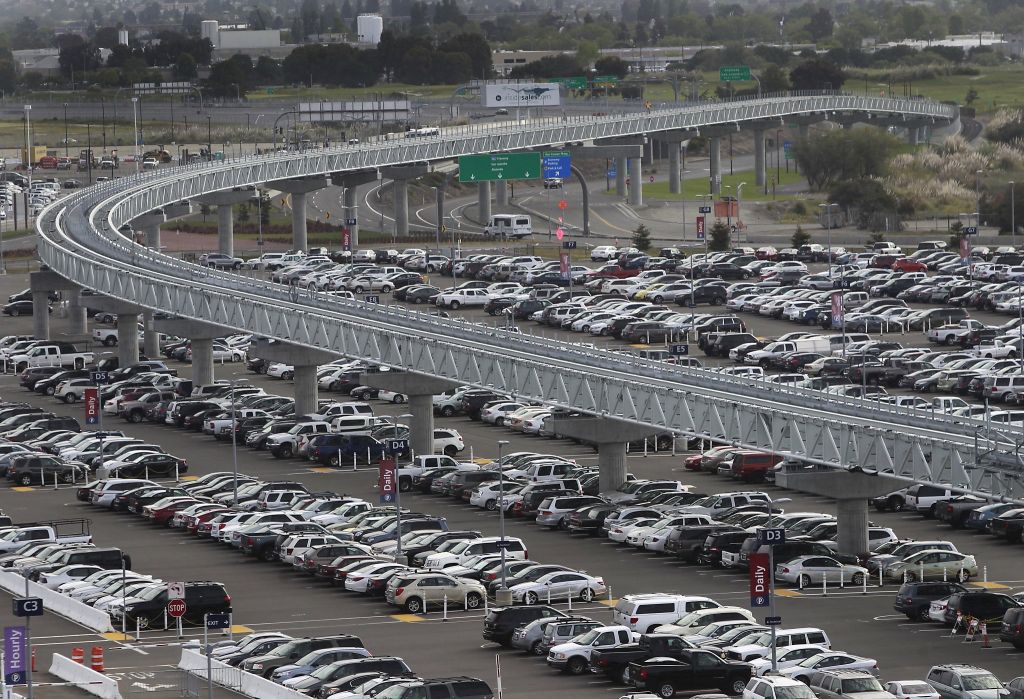 GlassBlast was the sandblasting media that was chosen to sand blast 124 columns constructed for the Oakland Airport Bart Transfer Tram. Sandblasting with recycled glass gave the finish the architect wanted. Since glass for sandblasting is opaque in color when used there was no change in the concrete color. Using a vapor abrasive system also saved the contractor the expense of containing the mesh that is inherent to sandblasting. Other considerations that made glass the choice for the blast media wad the environmental concerns. Being so close to the water and the possibility of run off from rain water during construction it was very important that the product of choice would be environmentally inert.